Do you have a nickname or what do your friends call you?
My friends call me “Sir.”
Like you’ve been knighted?
Like I outrank them.
Well played… sir.

Favorite city and why?
Christchurch, New Zealand.  My family lives there, I lived there for 20 years.

How would you describe yourself physically?
Like Jabba The Hutt with better skin.

How would someone else describe you physically?
Intimidating.

The first thing people notice about you is…
That I have shaved my beard.

Religion, if any?
None.

Are you superstitious at all? Any phobias?
Wind, earthquakes, and the Wizard of Oz.

Do you smoke/drink? If so, what? Any bad habits?
Non-smoker (15 years) occasional drinker.

What do you like to do when you’re not at work?
I write.

What is your zombie outbreak survival plan?
Get bitten. Seems so much easier that way.
You’ll be in good company.  About a quarter of my interviewees opt for the “If you can’t beat ‘em, join ‘em and eat everyone else that doesn’t join ‘em.” option.

Do you have any special skills?
I can shear sheep.

Did you go to college and, if so, what for?
Yes. Nursing and welding.
Hopefully at the same time.   Please say it was at the same time.
Sure, at the same time.  It was a technical college…
I'm not sure if you get where I was going with that.  I was kind of hoping that you were studying towards your degree as a robot surgeon.

Any pets?   If so, what are they and what are their names?
Two cats, Wendigo Phatfoot and Phoebe Princess Puss.

What is your favorite animal?
The Naked Mole Rat.

Favorite / Least favorite Food:
Chocolate / Anything not meat.
Chocolate’s not meat.  Unless it’s that chocolate with bacon in the middle of it.
Chocolate stands alone as its own unquantifiable food group.  There is chocolate and there is everything else.

What is your favorite quotation / motto / saying?
“There are none so blind as those that cannot see.”
“In the land of the blind, the one-eyed man is king.”
He’s also the guy who gets to walk around naked all the time.

What is the best thing that ever happened to you?
Becoming a dad/meeting my wife (12 years apart)

What is the worst thing that ever happened to you?
Being raped at age eight.

Ever had your heart broken? Is there a story worth telling behind your answer? Hehehee…. *sigh*… No, probably not.

Ever broken someone’s heart? Is there a story worth telling behind your answer?
I hope not.

What is the best thing you’ve ever done?
Been a dad.

What is the worst thing you’ve ever done?
Not been a better dad.
If you could kill one person, consequence free, who would it be and why?
Stupid car drivers.
Yeah!  They should really be driving smart cars.
They should be in the back seat of those smart cars.

What do you do?
I write.

How did you get started doing what you do?
I grew up on a farm.  We had no TV.  So I read a lot of very strange books.  Then I started writing my own.

What is your advice to other people that want to get started doing what you do?
Stop reading this.  Go and start writing – right now!
He’s just kidding folks.  Finish reading the interview… then go start writing. 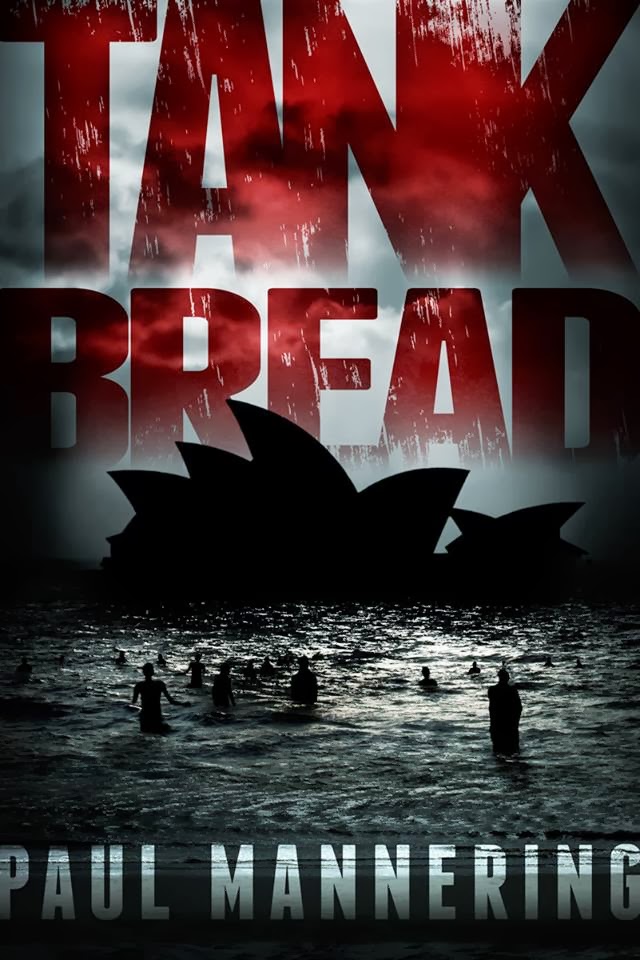 What are some of the projects you’ve worked on/finished in the past?
Give us a little history if you will.
Tankbread , Tankbread 2: Immortal (Permuted Press, 2013)
Engines of Empathy (Paper Road Press, 2013)
“The Man Who Could Not Climb Stairs and Other Strange Stories”  (self pubbed, 2011)
BrokenSea Audio Productions (co-founder, March 2007 – present)
Dozens of short stories, radio plays, edited two anthologies. What projects are you working on now?
Tankbread 3: Deadland (Permuted Press, 2014)
Dead! Dead! Dead!  (Permuted Press, 2014)
Fat Zombie anthology (Permuted Press, 2014, editor)
The third book of the Engines trilogy (Heroes of Heresy)
A supernatural horror novel, “Shame”.
So YOU’RE the Tankbread guy!  We’re members of and cut & paste spam a lot of the same writing/author/books groups on Facebook!  *laughs*  Nice to make your acquaintance!  If you have a PDF of the first book you’d be cool with sending over I’d love to add it to my review queue for my book review site.
I’ll get my publisher to send you a copy. 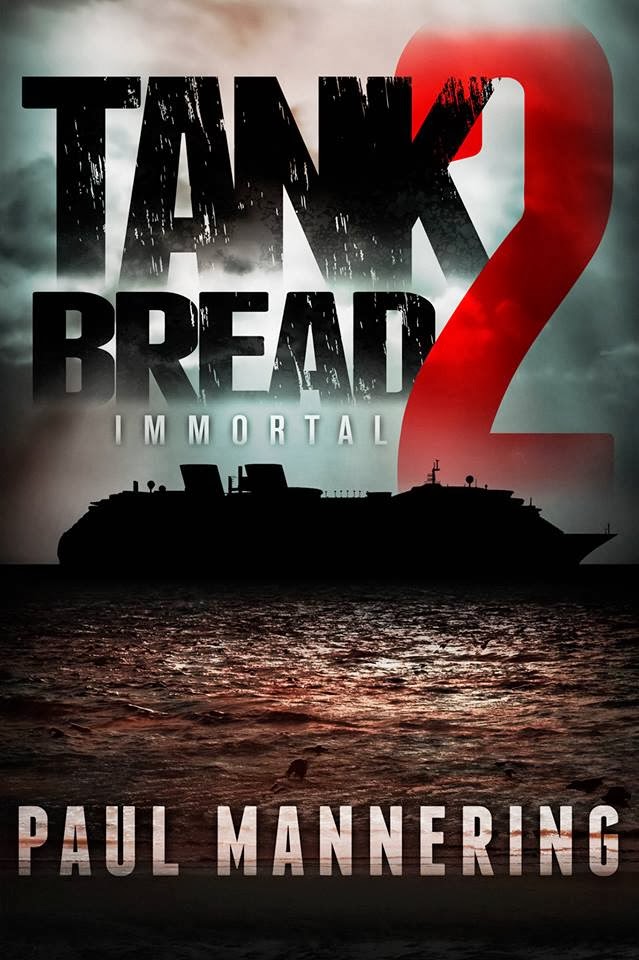 What are you watching?
The cranes working on the Wellington waterfront from my desk.
What are you listening to?
Nick Cave and the Bad Seeds, “Song of Joy” from Murder Ballads.
Ooh! A fellow Nick Cave fan!  Well-met!

What are you reading?
Government project reports.

Favorite author / book?
All of them. Currently Neil Gaiman, The Ocean At The End of The Lane.

If you could do anything other than what you do now, what would you do?
I’d go home and write another chapter.

Who would you want to meet that you haven’t met?
You get three choices: Alive. Dead. Fictional.
My grandfather (mother’s side). He died in WW2.

What’s the best and worst job you’ve ever had?
I was a Nightsoil truck driver.  Ten gallon buckets of raw sewerage.

Are there any questions that I didn’t ask that you wished I had asked that you would like to answer now?
I’m left handed.

Anyone you recommend I interview that you can put me in touch with?
Sean Leibling
Cool!  You handle the introductions and I’ll handle the follow-through.
https://www.facebook.com/sean.liebling.9


Thanks for letting me subject you to being interviewed!

Pitch parade:
Give me all of your links for things you want to promote.   All of them.
Facebook: https://www.facebook.com/NZPaulBooks
Website: www.manneringbooks.com (under construction)
Blog: www.paulmannering.wordpress.com (under construction)
www.brokensea.com
Permuted Press information page:
http://permutedpress.com/authors/paul-mannering
Paper Road Press (Engines of Empathy)  first promo:
http://paperroadpress.co.nz/1900/01/01/engines-of-empathy-paul-mannering/

About the Interviewee:
Paul Mannering is an award winning writer living in Wellington, New Zealand.
Paul has published dozens of short stories and radio plays in a range of genres across many different international markets.  He has edited a collection of horror fiction, published his own collection and has published the Tankbread trilogy through Permuted Press.
In 2007 he co-founded BrokenSea Audio Productions, which podcasts free audio drama each week to an audience of millions.  Paul lives with his wife Damaris and their two cats.

Scott Lefebvre can write about whatever you want him to write about.
Mostly because when he was grounded for his outlandish behavior as a hyperactive school child, the only place he was allowed to go was the public library.
His literary tastes were forged by the works of Helen Hoke, Alvin Schwartz and Stephen Gammell, Ray Bradbury, Richard Matheson, Stephen King, Clive Barker, Edgar Allan Poe, and H. P. Lovecraft.
He is the author of Spooky Creepy Long Island, and a contributing author to Forrest J. Ackerman’s Anthology of the Living Dead, Fracas: A Collection of Short Friction, The Call of Lovecraft, and Cashiers du Cinemart.
He is currently working on ten novel-length book projects which will be released in 2014.
He also publishes themed collections of interviews from his interview blog You Are Entitled To My Opinion.
His reviews have been published by a variety of in print and online media including Scars Magazine, Icons of Fright, Fatally Yours and Screams of Terror, and he has appeared in Fangoria, Rue Morgue and HorrorHound Magazine.
He is the Assistant Program Director for The Arkham Film Society and produces electronic music under the names Master Control and LOVECRAFTWORK.
He is currently working on a novel-length expansion of a short-story titled, "The End Of The World Is Nigh", a crowd-funded, crowd-sourced, post-apocalyptic, zombie epidemic project.
Check out the blog for the book here: theendoftheworldisnighbook.blogspot.com
Check out the Facebook Fan Page for the project here: www.facebook.com/TheEndOfTheWorldIsNighBook
Check his author profile at: www.amazon.com/Scott-Lefebvre/e/B001TQ2W9G
Follow him at GoodReads here:
www.goodreads.com/author/show/1617246.Scott_Lefebvre
Check out his publishing imprint Burnt Offerings Books here:
https://www.facebook.com/pages/Burnt-Offerings-Books/1408858196016246
And here: http://burntofferingsbooks.blogspot.com/
Check out his electronic music here: soundcloud.com/master_control
And here: master-control.bandcamp.com
Check out his videos at: www.youtube.com/user/doctornapoleon
Check out his IMDB profile here: www.imdb.com/name/nm3678959
Follow his Twitter here: twitter.com/TheLefebvre or @TheLefebvre
Follow his Tumblr here: thelefebvre.tumblr.com
Check out his Etsy here: www.etsy.com/shop/ScottLefebvreArt
Join the group for The Arkham Film Society here:
www.facebook.com/groups/arkhamscreenings
Stalk his Facebook at: www.facebook.com/TheLefebvre
E-mail him at: Scott_Lefebvre@hotmail.com
Posted by Scott Lefebvre at 12:38 AM