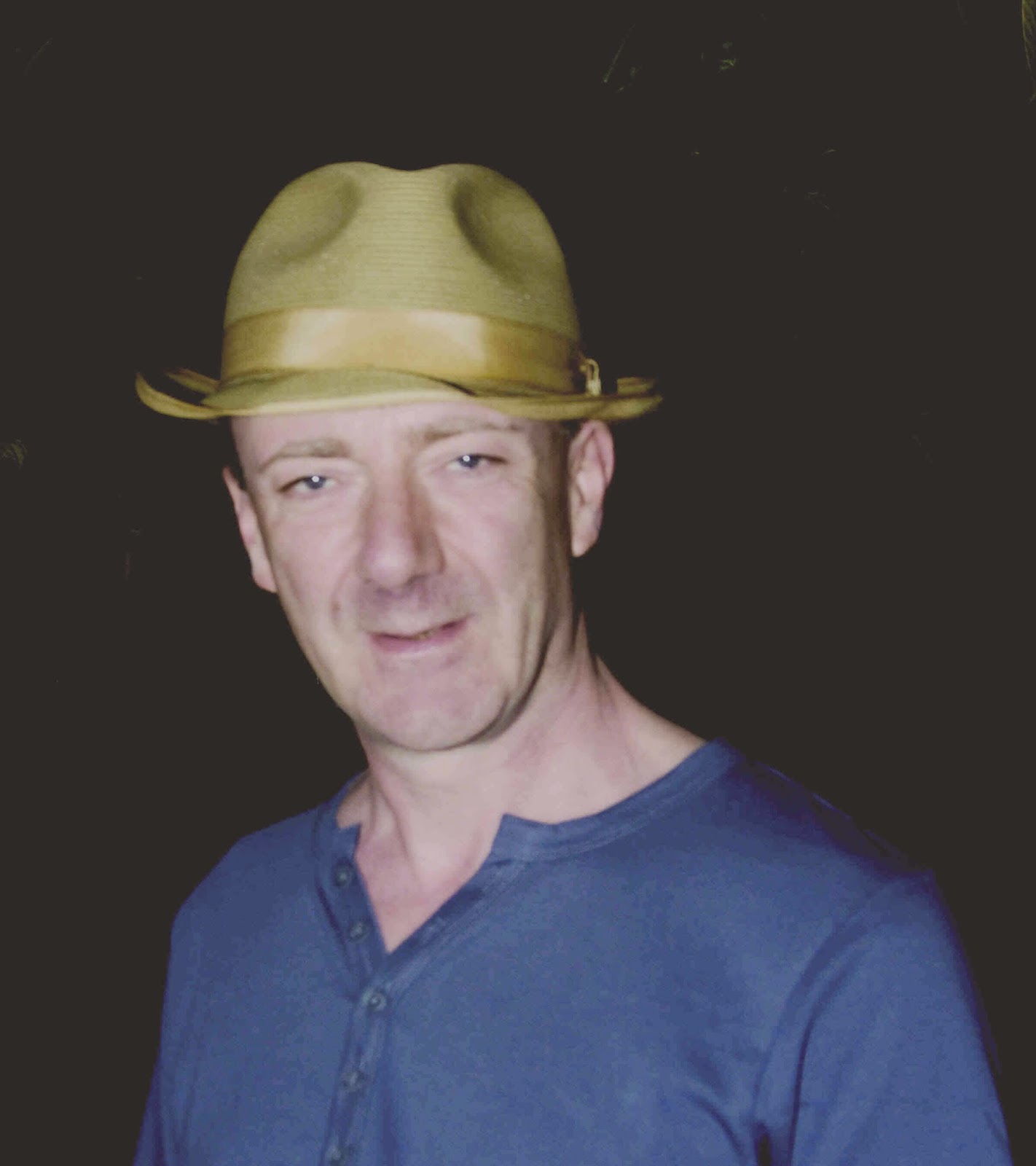 Do you have a nickname or what do your friends call you?
Tony.

Current hometown:
London, England. Not in the same district that I was born, though. It’s a big place.

Favorite city and why?
Like most English people, I love Manhattan. I can fully see why L. Frank Baum based the Emerald City on that place, it has an electrical magic. And Paris still has its charms. I’ve been to Hong Kong twice and adore it … people tend to think of it in terms of tall skyscrapers and crowds, but that’s just the Central district of the city; there is huge diversity, much older areas, markets and parks and antiquities and very tranquil places. And Kuala Lumpur, Malaysia, is a fantastic city too, a huge mixture of old and new and a melting pot for the world’s major cultures, and with very kind and friendly people. Truth is – as you’ve probably guessed by now – I have a lot of favorite cities.

How would you describe yourself physically?
Slim and handsome.

How would someone else describe you physically?
Thin and aging.

The first thing people notice about you is…
I usually have a cigarette on the go.

Religion, if any?
I’m a born atheist. I never believed in any of that stuff even when I was a little kid.

Are you superstitious? Any phobias?
Everyone is superstitious on some deep level – ‘There are no atheists in foxholes.’
Phobias? I have lots. Heights. Tight spaces. Unfamiliar dogs. Maybe that is why I write a lot of horror.

Do you smoke/drink? If so, what? Any bad habits?
Yes and yes, wine mostly for the latter. And black coffee, lots. And sugar. And stopping up very late at night streaming movies. No drugs, though. If I did those as well, I’d be done for.
Current occupation / Dream job:
My current occupation is as a full-time freelance writer and – difficult though it can be sometimes – it is my dream job. 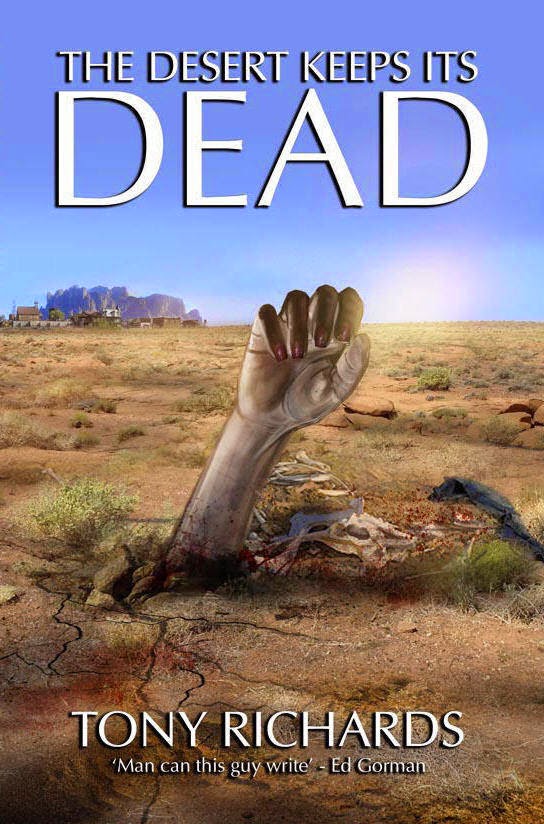 What do you like to do when you’re not at work?
I love to fish, but rarely get the chance to do it these days. Movies. Reading. Cooking. Seeing friends. You know, the usual.

What is your zombie outbreak survival plan?
Splash gray paint on myself, shamble around making moaning noises, and hope they take me for one of their own. It would get pretty tedious after a while though. I wouldn’t have much of a brain left to eat.

Weapon of choice:
My biting wit.

Do you have any special skills?
Apart from writing and cooking, I’m pretty terrible at most everything.

Did you go to college and, if so, what for?
I studied law at college. Why? Other people told me that a law degree would get me into almost any career. Hah! Upon leaving college, I decided to have a go at getting a job in publishing, phoned up an employment agent who specialized in that field, only to have him explode at me. “Do you know how many idiots I get with law degrees who think that’ll get them into publishing?” So I finally ended up with the world’s most boring job, at a law book publishing firm editing – wait for it – legal forms. I stuck with that for 3 excruciating years until my stories finally started selling at a decent rate. Moral of this story … most other people don’t really know what they’re talking about, so take their advice with a hefty pinch of salt.

Any pets?   If so, what are they and what are their names?
None, sadly. The opportunity has come up twice to buy a puppy from a woman with two shih-tzus on our street, and they are so cute that it’s been really tempting. But sadly, I travel a lot, and small effusive dogs and professional writing do not really mix.

What is your favorite animal?
My favorite animals are probably the birds in my back yard … we have a robin and a blackbird who are so tame and calm around us that they almost count as pets.

Speaking of pets, any pet peeves?
So-called talent contests like The X Factor. They are rigged from start to finish, and they’re killing modern music.

Favorite / Least favorite Food:
Meatballs and pasta, I could live on that.
Raw celery is vile, unless heavily coated in dressing in a Waldorf salad.

What is your favorite quotation / motto / saying?
“The only thing we have to fear is fear itself.”

What is the best thing that ever happened to you?
Meeting my wife.

What is the worst thing that ever happened to you?
Short of money once, I took a part-time job cold calling firms and trying to sell them accountancy software. Utter hell. When that job ended after a few months, I walked out of the office very quickly and then ran the whole way to the subway station.

What is the best thing you’ve ever done?
Marrying my wife.

What is the worst thing you’ve ever done?
As the song goes, I have no regrets. It’s not that I’m perfect, but I do things for a reason.

What do you do?
Write, obviously.

How did you get started doing what you do?
I’ve written ever since I was a kid. I used to create my own comic strips, an activity hampered by the fact that I can’t draw particularly well. At high school, I had an English teacher who recognized I had a talent for the written word and did everything that he could to encourage me. About six months from finishing my law degree, I realized that what I really wanted to do was write professionally, got hold of a second-hand typewriter and started knocking out stories. And the first one sold within a couple of months of my graduating.

What is your advice to other people that want to get started doing what you do?
Learn how to put together a professional manuscript – looks do count when it comes to weary editors. Try your very best to get an agent. Other than that, write what you really want to write rather than what you think you ought. What you really want to write might change immensely down the years, but writing is a learning process and you’ll find yourself constantly evolving.

What are some of the projects you’ve worked on/finished in the past? Give us a little history if you will.
I’ve written 12 novels and novellas so far, most of them horror and dark fantasy and including a series of 5 books – so far – set in the fictional town of Raine’s Landing, Massachusetts. I’m really aching right now to sit down and start on the sixth. But my most recent novel, published last December, was a straightforward crime one, and I have plans to do some more in that direction. I’ve also seen into print more than 100 short stories, enough to fill 7 collections, four of them from Dark Regions Press.

What projects are you working on now?
I’ve just finished a second crime novel with the same protagonist as the one last year. It’s with my agent and she’s showing it around right now. 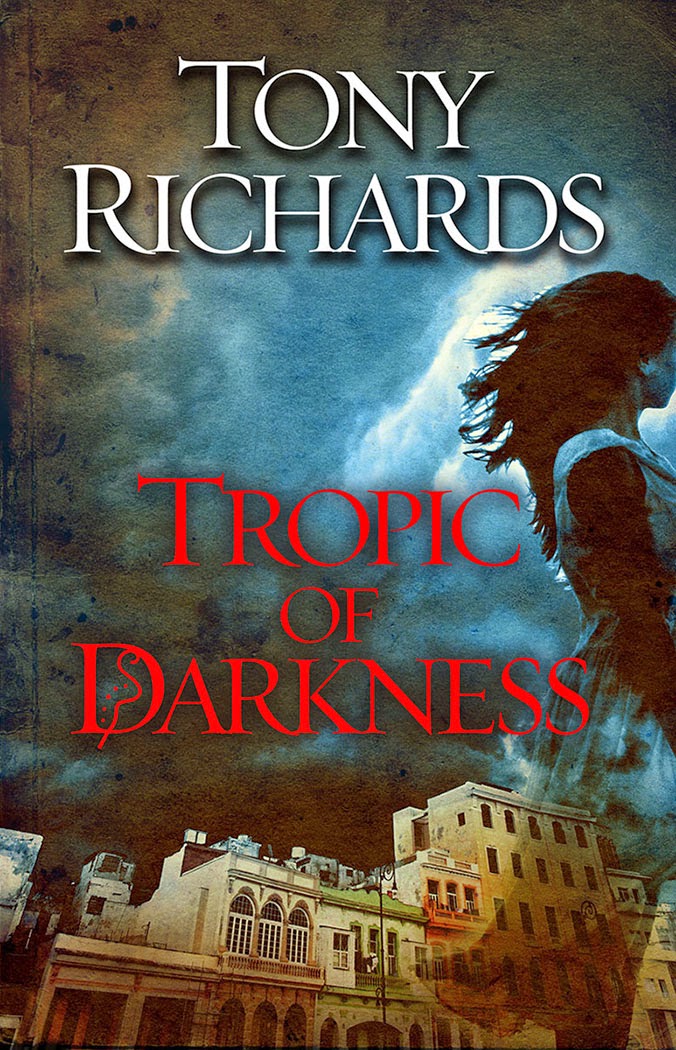 What are you watching?
I’ve just discovered – online – the Sleepy Hollow TV series, and am thoroughly enjoying it.

What are you listening to?
Usually jazz.

What are you reading?
I’m just about to start on John Connelly’s ‘Every Dead Thing,’ having never read him before. And sitting on my shelves, waiting for a beach vacation, is ‘Sapphique,’ the sequel to ‘Incarceron.’ I think Catherine Fisher is a superb writer, and so that should be a treat.

If you could do anything other than what you do now, what would you do?
Marine biologist … I love snorkeling so much that, once in, I almost have to be physically dragged out of the ocean to get me back on dry land.

Who would you want to meet that you haven’t met? You get three choices:
Alive. Dead. Fictional.
Nelson Mandela. Dashiell Hammett. Krusty the Clown.

Are there any questions that I didn’t ask that you wished I had asked that you would like to answer now?
None that I can think of.

Anyone you recommend I interview that you can put me in touch with?
Ramsey Campbell. John Langan. John Skipp.
Excellent.  Point them in my direction if you think that this is the kind of thing that you think that they’d be into doing.

Got any questions for me?
What do you get out of interviewing people?
No one would interview me when I was trying to establish myself as an author.  It’s the old paradox.  They won’t interview someone they haven’t heard of before, and how is anyone going to hear about me if I can’t get some media exposure?  I didn’t think that was fair, so I started the blog so there would be an open forum for anyone that wanted to be interviewed about anything, as long as they were willing to subject themselves to the interview process.  I put out three collections of interviews from the blog thinking maybe they’d sell, and they didn’t.  I had a couple deals to syndicate the interviews to online magazines that needed content but those deals fell through.  And, most recently, my Google AdSense registration was finally approved and I made $0.01 this week.  As sentimental as it’s going to sound, the real reward is helping to give people a promotional tool and getting to know some new acquaintances working in a variety of creative arts. 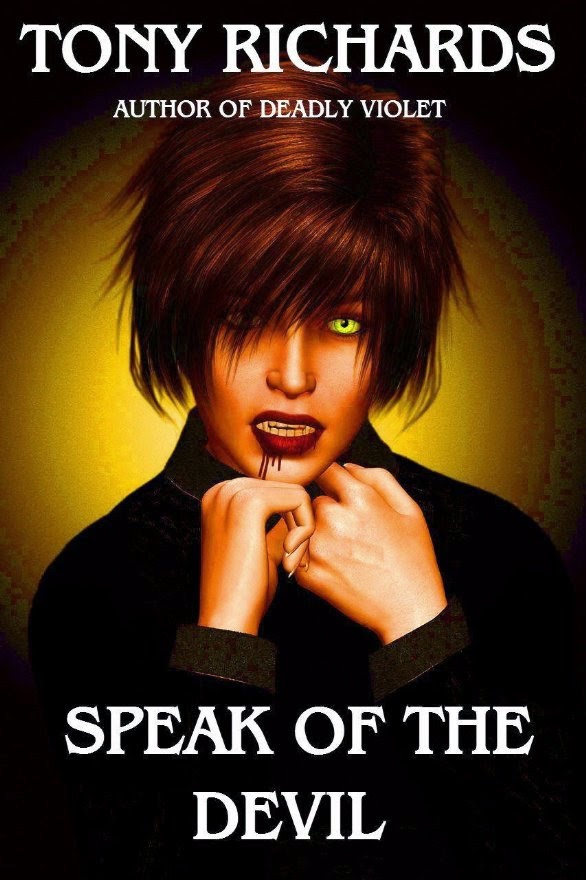 About the Interviewee:
Born in London, England, Tony Richards is the author of 12 novels and over 100 short stories. His most recent books are Under the Ice and Hot Blood, both from Samhain Publishing, The Universal and Other Terrors from Dark Regions Press, and his first crime novel, The Desert Keeps Its Dead from Telos Publishing. Widely travelled, he sets much of his fiction in locations he has visited. He has been shortlisted for the Bram Stoker and British Fantasy awards.

About the Interviewer:
Scott Lefebvre can write about whatever you want him to write about.
Mostly because when he was grounded for his outlandish behavior as a hyperactive school child, the only place he was allowed to go was the public library.
His literary tastes were forged by the works of Helen Hoke, Alvin Schwartz and Stephen Gammell, Ray Bradbury, Richard Matheson, Stephen King, Clive Barker, Edgar Allan Poe, and H. P. Lovecraft.
He is the author of Spooky Creepy Long Island, and Condemned; and a contributing author to Forrest J. Ackerman’s Anthology of the Living Dead, Fracas: A Collection of Short Friction, The Call of Lovecraft, and Cashiers du Cinemart.
His reviews have been published by a variety of in print and online media including Scars Magazine, Icons of Fright, Fatally Yours and Screams of Terror, and he has appeared in Fangoria, Rue Morgue and HorrorHound Magazine.
Check out his publishing imprint Burnt Offerings Books here:
http://burntofferingsbooks.blogspot.com/
Check out his electronic music here: soundcloud.com/master_control
And here: master-control.bandcamp.com
Check out his Etsy here: www.etsy.com/shop/ScottLefebvreArt
Stalk his Facebook at: www.facebook.com/TheLefebvre
E-mail him at: Scott_Lefebvre@hotmail.com
Posted by Scott Lefebvre at 5:00 PM