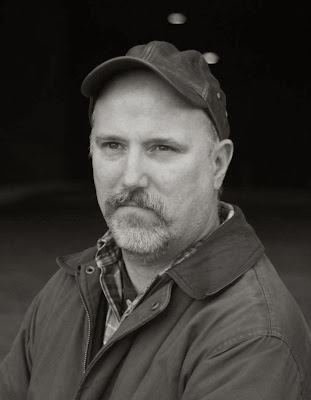 Do you have a nickname or what do your friends call you?
My given name is Randall, but I go by Randy.  I once worked with another guy named Randy and he called me the Rando-nator, just to differentiate the two of us.  Thank God that didn’t stick.

Favorite city and why?
Internationally, London, England.  So much history.
In the U.S. – Madison, Wisconsin.  I loved the time I lived there.

How would you describe yourself physically?
Middle aged, but not broken...yet.

How would someone else describe you physically?
Middle aged and broken.
Well-played, sir.

The first thing people notice about you is…
Their eyes.

Are you superstitious at all?
No.

Do you smoke / drink?
Neither.

What do you like to do when you’re not at work?
Write.

What is your zombie outbreak survival plan?
Leave the big city ASAP.

Weapon of choice:
Other people with guns.  For hand-to-hand combat, I’d take an aluminum baseball bat.  It won’t break or get stuck in anything and wouldn’t wear me down if I had to swing it a hundred times an hour.  (At least, I hope it wouldn’t.)

Do you have any special skills?
No distinct survival skills.  I can tell a story like no one’s business.

Did you go to college and, if so, what for?
Cinema Production.

If you went to college, did you manage to pay off your student loans?
Loans are paid off.

What is your favorite animal?
Dogs.

Speaking of pets, any pet peeves?
Dogs that take a dump in my yard.

What is your favorite quotation / motto / saying?
It is what it is.

What is the best thing that ever happened to you?
Marriage and kids.

What is the worst thing that ever happened to you?
The loss of a child.

Ever had your heart broken?
Yeah.

Is there a story worth telling behind your answer?
Too many stories and I need to protect the innocent.

Is there a story worth telling behind your answer?
I take the Fifth.

What is the best thing you’ve ever done?
Had kids.

What is the worst thing you’ve ever done?
Many nefarious deeds as a teen.

If you could kill one person, consequence free, who would it be and why?
On a personal level, it would be a childhood bully who made my life hard for a couple years.  On an altruistic level, I’d go back in time and kill Sirhan Sirhan before he shot Bobby Kennedy.

What do you do?
I help people teach, I produce videos, and I write.

How did you get started doing what you do?
I started out as a video producer, transition into distance learning and then to online learning and now am back to producing videos.
When it comes to writing, I’ve been writing off and on since high school.   An English teacher urged me to be a writer when I grew up, but I got caught up in the allure of making movies and stopped writing prose.  I started back at fiction writing about 15 years ago, but was still an off-and-on writer.  In 2011, I decided I needed to chase my childhood dream of being a writer.  I got my first short story published late in 2011.  It was a crime piece that was published on the website A Twist of Noir.  I started a short story in late 2011 that bloomed into a novella and then I decided to make it a novel.  That novel was Sanctuary from the Dead and got picked up by J. Ashton Ellington Press.  I continued to write short stories and a dozen of them were published on the web and in anthologies.  Along with all that, I wrote two zombie novellas for a series I’m calling Forget the Zombies. 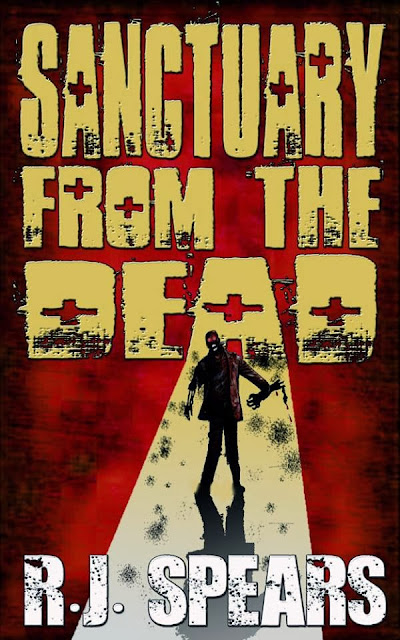 What is your advice to other people that want to get started doing what you do?
Get as much as experience as you can.  When it comes to writing, I say write.  Write as much as you can.  Learn by reading and learn from others.  Two of my favorite books on writing are Stephen King’s On Writing and Lawrence Block’s Telling Lies for Fun and Profit.

What are some of the projects you’ve worked on/finished in the past?
As far as writing goes, I’ve written one novel, two novellas, and 28 short stories.  I’ve been published online and in print over 15 times.  I started out writing mystery and crime pieces, but wrote my first horror short story in 2012.  It was called The Dark Child and it was published by The HorrorZine.  This was a real breakthrough for me. 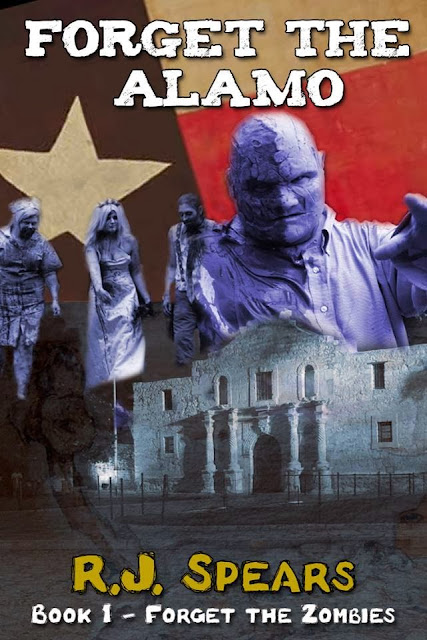 Give us a little history if you will.
I was born in Southern Ohio and lived there for 19 years then went to college at Ohio State University.  I worked at Ohio State after graduating and then worked at several universities around the Midwest before returning to Ohio State seven years ago.

What projects are you working on now?
I’m currently revising the sequel to my zombie novel, Sanctuary from the Dead.  The new novel is titled Lord of the Dead and it is the second novel in the series.  I’m 80% done on the first draft of the third book in the series and it is called Deadman’s Land.  These books follow a twenty-something slacker who gets caught up in the zombie apocalypse and tells the story him coming to age in the apocalypse.
I’m hoping to release the third book in my Forget the Zombies series sometime early in 2013.
I’m about to release a collection of short stories and was just approached by a new writer who wants to collaborate on a novella.  I’m also outlining a crime novel. 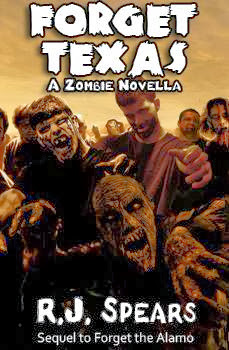 What are you watching?
As far as on TV (in any format), I’m watching The Newsroom (on DVD), House of Cards (on Netflix), the Walking Dead, along with Sleepy Hollow and The Blacklist.
Being a film buff, I watch movies all the time.

What are you listening to?
Audiobooks.  I’m on a Stephen King binge and am currently listening to Dr. Sleep.  Duma Key is in the on deck circle.
Interesting coincidence, I’m listening to the audio book for The Stand.  Trying to figure out what makes it work because I’m trying to work on a somewhat similar novel-length book project.
The Stand was a game changer for me.  I loved the book, but when I first read it, I was somewhat disenchanted with the ending.  It was too much deus ex machina for me, but, over the years, I’ve grown to appreciate it.

What are you reading?
Catt Dahman’s Smooth.  I’m about half-way through it and it has a great premise.  Being a former film student, I think it has the potential to make a great movie.
How is/was it?
I’m still plugging away at it.  I usually read 2-3 books at once.  Along with Smooth, I just started Drone, a thriller about military drones.

Favorite band / song?
This will date me -- Billy Joel / Anything off 52 Street or Glass Houses.
Nah.  My favorite bands growing up, like as a child, were Billy Joel and Huey Lewis & The News.  I heard that you can hire The News to play as a back-up band for hire.  My dream is to someday hire them and perform as Scott Lefebvre & The News.

Least favorite band / song?
Alison Gold / Chinese Food.  For the love of all that is Holy, please don’t try to find this video on YouTube.  Just don’t.  It’s like a plague or a disease.

If you could do anything other than what you do now, what would you do?
Write full-time.

Who would you want to meet that you haven’t met?
You get three choices:  Alive. Dead. Fictional.
Stephen King, Bill Clinton, Rob Bell.

What’s the best and worst job you’ve ever had?
Sanitation engineer work study position on college.  Cleaning the scum out of corners was a real drag.

Are there any questions that I didn’t ask that you wished I had asked that you would like to answer now?
No.

Anyone you recommend I interview that you can put me in touch with?
Dan Williams, author of Mace of the Apocalypse.
You handle the introductions and I’ll handle the follow-through.
I’ll get the ball rolling on this.

Got any questions for me?
Will you hold liking Billy Joel against me?
Nope.  Especially if we’re talking Attila-era Billy Joel.
http://youtu.be/ScIWg0iOxUw
Wow, never knew this about Billy Joel.  It’s a real eye-opener.
Thanks for letting me subject you to being interviewed!

Pitch parade:
Give me all of your links for things you want to promote.   All of them.
Facebook: https://www.facebook.com/RjSpearsWriter
Twitter:  https://twitter.com/rjspears_author
Website:  http://rjspears.com/
Blog:  http://rjspears.blogspot.com/
Goodreads -- https://www.goodreads.com/author/show/5445765.R_J_Spears 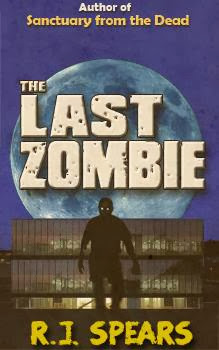 About the Interviewee:
R.J. Spears lives in Columbus, Ohio and writes mystery/crime and horror fiction.  His stories have appeared across the web at Shotgun Honey, Out of the Gutter, the HorrorZine, and Flashes in the Dark along with several other sites.  His novel, Sanctuary From the Dead, was published by J. Ellington Ashton Press.  His first two books in his Forget the Zombie series, Forget the Alamo and Forget Texas, are available on Amazon.

About the Interviewer:
Scott Lefebvre can write about whatever you want him to write about.
Mostly because when he was grounded for his outlandish behavior as a hyperactive school child, the only place he was allowed to go was the public library.
His literary tastes were forged by the works of Helen Hoke, Alvin Schwartz and Stephen Gammell, Ray Bradbury, Richard Matheson, Stephen King, Clive Barker, Edgar Allan Poe, and H. P. Lovecraft.
He is the author of Spooky Creepy Long Island, and a contributing author to Forrest J. Ackerman’s Anthology of the Living Dead, Fracas: A Collection of Short Friction, The Call of Lovecraft, and Cashiers du Cinemart.
He is currently working on ten novel-length book projects which will be released in 2014.
He also publishes themed collections of interviews from his interview blog You Are Entitled To My Opinion.
His reviews have been published by a variety of in print and online media including Scars Magazine, Icons of Fright, Fatally Yours and Screams of Terror, and he has appeared in Fangoria, Rue Morgue and HorrorHound Magazine.
He is the Assistant Program Director for The Arkham Film Society and produces electronic music under the names Master Control and LOVECRAFTWORK.
He is currently working on a novel-length expansion of a short-story titled, "The End Of The World Is Nigh", a crowd-funded, crowd-sourced, post-apocalyptic, zombie epidemic project.
Check out the blog for the book here: theendoftheworldisnighbook.blogspot.com
Check out the Facebook Fan Page for the project here: www.facebook.com/TheEndOfTheWorldIsNighBook
Check his author profile at: www.amazon.com/Scott-Lefebvre/e/B001TQ2W9G
Follow him at GoodReads here:
www.goodreads.com/author/show/1617246.Scott_Lefebvre
Check out his publishing imprint Burnt Offerings Books here:
https://www.facebook.com/pages/Burnt-Offerings-Books/1408858196016246
And here: http://burntofferingsbooks.blogspot.com/
Check out his electronic music here: soundcloud.com/master_control
And here: master-control.bandcamp.com
Check out his videos at: www.youtube.com/user/doctornapoleon
Check out his IMDB profile here: www.imdb.com/name/nm3678959
Follow his Twitter here: twitter.com/TheLefebvre or @TheLefebvre
Follow his Tumblr here: thelefebvre.tumblr.com
Check out his Etsy here: www.etsy.com/shop/ScottLefebvreArt
Join the group for The Arkham Film Society here:
www.facebook.com/groups/arkhamscreenings
Stalk his Facebook at: www.facebook.com/TheLefebvre
E-mail him at: Scott_Lefebvre@hotmail.com
Posted by Scott Lefebvre at 11:35 AM