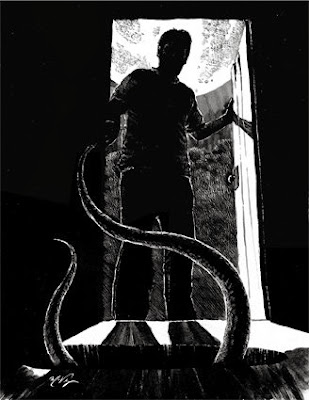 Do you have a nickname or what do your friends call you?
Alex

Favorite city and why?
Houston. Sentimentality.

How would you describe yourself physically?
Fighting against going down the same Brando/ Russell Crowe road.

How would someone else describe you physically?
Weight keeps me from being very handsome.
I feel your pain. *holds out fist for a bump*

The first thing people notice about you is…
Eyes and height.

Religion, if any?
Christian to some, heretic to others.

Are you superstitious at all? Any phobias?
Afraid of home invasions, duplicitous women, and injustice.
You should be a vigilante and fight the things your fear… and crime. 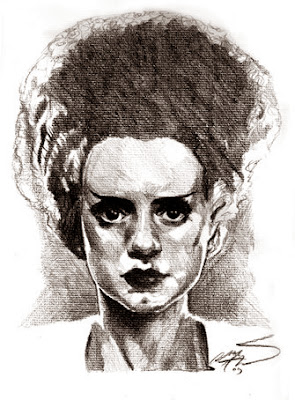 What is your zombie outbreak survival plan?
Going out of my way to fly under their radar.

Do you have any special skills?
Drums, guitar, drawing, painting, music, loyalty, and talking.

Did you go to college and, if so, what for?
Some college. Art.

What is your favorite animal?
Big cats. Panthers, jaguars.
Ever seen a Liger?
Only in Napolean Dynamite's notebook.
I saw one in person during the animal show they had at King Richard’s Faire the one time I went and they’re terrifying. They’re like eight feet long, not counting the tail.

Speaking of pets, any pet peeves?
People blowing boogers out of one nostril. Clients who don’t know what they want, but make your day miserable by trying to convince you they do.
I do a bit of ghost writing so I can totally relate to people not knowing what they want. The worst is when they change their mind about what they want halfway through the process. I’ve already gone off and written what you said you wanted written. If you want me to write something different, then were talking about a different project. As long as you don’t mind paying for the new work I don’t mind writing it, but you could have saved us both some time and effort and yourself some money if you had just been more clear in communicating what you wanted in the first place. But I suppose that’s why they hired me as a writer in the first place, because if they were excellent at communicating their thoughts they probably wouldn’t have needed my services in the first place.

What is your favorite quotation/motto/saying?
The trouble with the world is not that there are too many people, it's that lightning isn't distributed right.

What is the best thing that ever happened to you?
My children.

What is the worst thing that ever happened to you?
Betrayal.

What is the best thing you’ve ever done?
Make sure my kids know I love them.

What is the worst thing you’ve ever done?
Hurt people.

If you could kill one person, consequence free, who would it be and why?
Too incriminating to put in writing.

What do you do?
Draw and paint pictures for money, and hang out with my kids.

How did you get started doing what you do?
Found myself in a position where I could afford the time to find and submit to new clients, then work and word of mouth did most of the rest.

What is your advice to other people that want to get started doing what you do?
Don’t. And if you do, bust your hump because you'll be dead one day.

What are some of the projects you’ve worked on/finished in the past? Give us a little history if you will.
Magazines, high-end limited editions, Stephen King books, William Peter Blatty, Joe Lansdale, lots of them. Kid's books. Graphic art. I like to work too much.
Oh wow! I love Stephen King! I mean, obviously. Everyone loves Stephen King. What did you do for him? Was it really exciting for you to get to work for him?
Almost every illustrator goes through the publisher, since it's the publisher that pays, not the writer. I illustrated the first printing Blockade Billy from a couple years ago, The Mist, Tommyknockers, and various contributions to Stephen King related art books and projects.

Illustration for Stephen King's THE MIST, in the 25th Anniversary of DARK FORCES.


Who would you say that your inspirations were as an artist?
John Severin. Frank Frazetta. Norman Rockewell. Simon Bisley. Beksinski. Caravaggio, and a lot more.

What are you watching?
Nothing.

What are you listening to?
An Adam Carolla podcast.

What are you reading?
Next book I have to illustrate. A fantasy novel by Fritz Lieber.

Favorite author / book?
Not sure.

Favorite band / song?
Beatles. Not sure.

If you could do anything other than what you do now, what would you do?
Music.

Who would you want to meet that you haven’t met? You get three choices:
Alive. Dead. Fictional.
No idea.

What’s the best and worst job you’ve ever had?
The one I have.

Are there any questions that I didn’t ask that you wished I had asked that you would like to answer now?
You're doing fine.

Anyone you recommend I interview that you can put me in touch with?
Zach McCain.

Got any questions for me?
How'd you find me?
We’ve got 104 “Friends” in common on Facebook. Each time I do an interview I try to remember to check out their Facebook friends and add a few artists/musicians/film-makers, etc. If I hover over someone’s link and they list themselves as an artist or their profile and cover pics are cool art I send them a Friend Request. I know it’s a bit invasive, but I haven’t had anyone complain yet and I haven’t reached the point where people are asking me to be interviewed yet so I’ll keep doing what I’m doing until I start getting enough interview requests that I don’t have to ask people if they want to be interviewed anymore.

Follow-up questions and thanks:
Thanks for letting me subject you to being interviewed!

About the Interviewee:
Alex McVey is a Chesley-nominated, award-winning illustrator whose work has been published internationally. He has illustrated the works of Stephen King, Joe R. Lansdale, William Peter Blatty, Jack Ketchum, Brian Keene, H.P. Lovecraft, and Richard Matheson, among others.

About the Interviewer:
Scott Lefebvre has probably read everything you've read and can write about whatever you want him to write about.
Mostly because when he was grounded for his outlandish behavior as a hyperactive school child, the only place he was allowed to go was the public library.
His literary tastes were forged by the works of Helen Hoke, Alvin Schwartz and Stephen Gammell, Ray Bradbury, Richard Matheson, Stephen King, Clive Barker, Edgar Allan Poe, and H. P. Lovecraft.
He is the author of Spooky Creepy Long Island and a contributing author to Forrest J. Ackerman’s Anthology of the Living Dead, Fracas: A Collection of Short Friction, The Call of Lovecraft, and Cashiers du Cinemart.
His reviews have been published by a variety of in print and online media including Scars Magazine, Icons of Fright, Fatally Yours and Screams of Terror, and he has appeared in Fangoria, Rue Morgue and HorrorHound Magazine.
He is the Assistant Program Director for The Arkham Film Society and produces Electronic Music under the names Master Control and LOVECRAFTWORK.
He is currently working on a novel-length expansion of a short-story titled, "The End Of The World Is Nigh", a crowd-funded, crowd-sourced, post-apocalyptic, zombie epidemic project.
Check out the blog for the book here: theendoftheworldisnighbook.blogspot.com
Check out the Facebook Fan Page for the project here: www.facebook.com/TheEndOfTheWorldIsNighBook
Check his author profile at: www.amazon.com/Scott-Lefebvre/e/B001TQ2W9G
Follow him at GoodReads here:
www.goodreads.com/author/show/1617246.Scott_Lefebvre
Check out his electronic music here: soundcloud.com/master_control
And here: master-control.bandcamp.com
Check out his videos at: www.youtube.com/user/doctornapoleon
Check out his IMDB profile here: www.imdb.com/name/nm3678959
Follow his Twitter here: twitter.com/TheLefebvre or @TheLefebvre
Follow his Tumblr here: thelefebvre.tumblr.com
Check out his Etsy here: www.etsy.com/people/arkhamscreenings
Join the group for The Arkham Film Society here:
www.facebook.com/groups/arkhamscreenings
Stalk his Facebook at: www.facebook.com/TheLefebvre
E-mail him at: Scott_Lefebvre@hotmail.com

Posted by Scott Lefebvre at 1:06 PM