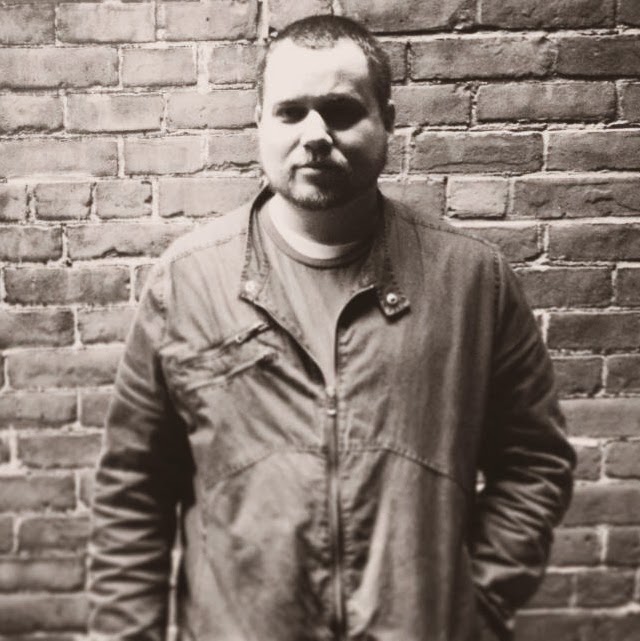 Do you have a nickname or what do your friends call you?
None. But I would call me Ricochet or Switchblade.

Favorite city and why?
Providence – it’s small and I can drive there with low anxiety.

How would you describe yourself physically?
Gorgeous.

How would someone else describe you physically?
Like a fat Russell Crowe.

Religion, if any?
I used to be polytheistic. Now I believe in a god.
Which god?
Not sure. Generic God.

Are you superstitious at all? Any phobias?
Yes. Terrified of spiders.

Do you smoke/drink?   If so, what?   Any bad habits?
E-cigarettes, IPAs and Scotch, but not in excess.

What do you like to do when you’re not at work?
Sleep, watch shitty horror movies, write stuff.

What is your zombie outbreak survival plan?
Take my guns, my bug-out bag, and my supplies, grab my lady and mom and screw to an island on a stolen boat.
What the fuck? You’re not going to come get me?
No. But I’ll give you the GPS coordinates of where I’ll be.
Thanks for nothing.

Do you have any special skills?
I am a god at Mrs. Pacman.

Did you go to college and, if so, what for?
Yes. Double major Film/ English.

Any pets?   If so, what are they and what are their names?
Cat. Nemo, or Bub Fuzzington the 3rd.
All hail Bub! He’s the awesomest!
This isn’t a question, but I do agree with you.

What is your favorite animal?
Cats

Speaking of pets, any pet peeves?
Bad drivers, people who walk the wrong way down hallways or two by two down hallways.

Favorite/Least favorite Food:
I do not discriminate.

What is your favorite quotation/motto/saying?
God hates a coward.

What is the best thing that ever happened to you?
I met my girlfriend Adri.

What is the worst thing that ever happened to you?
My grandma died.

What is the best thing you’ve ever done?
I met Dan Aykroyd at a liquor store.

What is the worst thing you’ve ever done?
I hit my head when I was four, peed in a tent, and blamed a dog for doing it. I still feel bad about it.

If you could kill one person, consequence free, who would it be and why?
This would make something premeditated. Nice try, chief.

How did you get started doing what you do?
Picked up a pen.

What is your advice to other people that want to get started doing what you do?
Write. And keep writing. And try not to suck because everyone thinks they are a writer.

What projects are you working on?
Three graphic novel scripts, three screenplays, and four crowdsourcing campaigns.

What are you watching?
Breaking Bad over and over again.

What are you listening to?
Lamb of God

What are you reading?
Wizard and Glass and any Joker comics I can get my hands on.

Favorite band/song?
My favorite song is the “Island of Misfit Toys.” Seriously. And I like NIN.

If you could do anything other than what you do now, what would you do?
Marketing.

Who would you want to meet that you haven’t met? You get three choices: Alive.   Dead.    Fictional.
Cuethbert Allgood from the Dark Tower, Stephen King, Jimmy Stewart

What’s the best and worst job you’ve ever had?
Writer at Hasbro is best, gutting fish is the worst.

Are there any questions that I didn’t ask that you wished I had asked that you would like to answer now?
Not really.

Anyone you recommend I interview that you can put me in touch with?
I met Kenny Rogers once.

Got any questions for me?
How many artists have you lined up for your books so far? (Zing!)
None. Artists are fickle creatures like deer and are easily frightened. You have to approach them cautiously and earn their trust. It’s fucking annoying because all I want is people to draw a single zombie picture and I can’t get anyone to do it. You say you’re an artist and you like zombies? Then draw me a fucking zombie. I know, as an artist/writer/musician that it’s tough to get people to recognize your talent and the time and effort that it takes to create something. But, seriously, I’m just asking for one fucking drawing and I’ll compensate them to boot. It shouldn’t be this difficult.

Thanks for doing this!

Pitch parade:
Give me all of your links for things you want to promote.   All of them.
Twitter:@RickyALaprade
Website: www.ricklaprade.com

About the Interviewee:
Rick is a screenwriter who just started writing graphic novels because making movies is super expensive. He has a cat and a super hot girlfriend and he believe in reptilian shapeshifters, plays dungeons and dragons, and thinks people who don’t like the movie Legend are idiots.

About the Interviewer:
Scott Lefebvre has probably read everything you've read and can write about whatever you want him to write about.
Mostly because when he was grounded for his outlandish behavior as a hyperactive school child, the only place he was allowed to go was the public library.
His literary tastes were forged by the works of Helen Hoke, Alvin Schwartz and Stephen Gammell, Ray Bradbury, Richard Matheson, Stephen King, Clive Barker, Edgar Allan Poe, and H. P. Lovecraft.
He is the author of Spooky Creepy Long Island and a contributing author to Forrest J. Ackerman’s Anthology of the Living Dead, Fracas: A Collection of Short Friction, The Call of Lovecraft, and Cashiers du Cinemart.
His reviews have been published by a variety of in print and online media including Scars Magazine, Icons of Fright, Fatally Yours and Scream of Terror, and he has appeared in Fangoria, Rue Morgue and HorrorHound Magazine.
He is the Assistant Program Director for The Arkham Film Society and produces Electronic Music under the names Master Control and LOVECRAFTWORK.
He is currently working on a novel-length expansion of a short-story titled, "The End Of The World Is Nigh", a crowd-funded, crowd-sourced, post-apocalyptic, zombie epidemic project.
You can check out the blog for the book here:
http://theendoftheworldisnighbook.blogspot.com/
You can check out the Facebook Fan Page for the project here:
https://www.facebook.com/TheEndOfTheWorldIsNighBook
You can check his author profile at:
http://www.amazon.com/Scott-Lefebvre/e/B001TQ2W9G/
You can follow him at GoodReads here:
http://www.goodreads.com/author/show/1617246.Scott_Lefebvre
You can check out his electronic music here: https://soundcloud.com/master_control
And here: http://master-control.bandcamp.com/
You can check out his videos at: http://www.youtube.com/user/doctornapoleon
You can check out his IMDB profile here: http://www.imdb.com/name/nm3678959/
You can follow his Twitter here: https://twitter.com/TheLefebvre
You can follow his Tumblr here: http://thelefebvre.tumblr.com/
You can check out his Etsy here: http://www.etsy.com/people/arkhamscreenings
You can join the group for The Arkham Film Society here:
https://www.facebook.com/groups/arkhamscreenings/
You can stalk his Facebook at: https://www.facebook.com/TheLefebvre
You can contact him at: Scott_Lefebvre@hotmail.com
Posted by Scott Lefebvre at 12:18 PM